SALT OF THE EARTH (1954) tells the story of Mexican American women who protest the perilous working conditions of their miner husbands. They defy the men’s subjugation to fellow “Anglo” workers and rally against their indentured servitude in a town owned by a mining company. When the strike is successfully settled and the men return to work, the women are praised for the dignity and respect they will pass along to the next generation, the “salt of the earth.”

SALT OF THE EARTH depicted issues of union disputes, racial discrimination and the empowerment of women onscreen, but it also represented real-life labor issues that prevailed in Hollywood at the time offscreen. In 1954, SALT OF THE EARTH was overshadowed by another monumental film released that year about labor unions – ON THE WATERFRONT. The story of unionized white dockworkers went on to win eight of its 12 Oscar® nominations, including Best Picture, and remains remembered today for its abundance of legendary quotes – most notably Marlon Brando’s “I coulda been a contender” (#3 on AFI’s 100 Years…100 Movie Quotes). Its director, Elia Kazan, and writer, Budd Schulberg, were famously accused of being Communists by the House Committee on Un-American Activities (HUAC), but both broke ranks with their 5th Amendment-abiding colleagues by naming names, thereby defending their own careers in Hollywood while jeopardizing the workers who were named. ON THE WATERFRONT was seen as an allegory of the filmmakers’ dilemma.

In contrast, SALT OF THE EARTH was produced and released under great duress. During filming, HUAC declared the picture “deliberately designed to inflame racial hatreds” and named it “a new weapon for Russia.” Its star, Mexican actress Rosaura Revueltas, was arrested on her way to set, and New Mexican locals met the crew with protests and violence, including various attacks of arson and the beating of actor and union organizer Clinton Jencks. SALT OF THE EARTH’s production company had been incorporated in 1951 by blacklisted filmmakers to keep themselves employed, thereby defying Hollywood’s capitulation to HUAC. 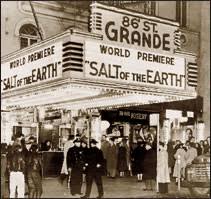 By hiring crew members that had been blacklisted by their guilds, including many African Americans, the production was deemed anti-union. In response, Pathé Laboratories refused to process its exposed film and RKO encouraged other companies to deny services for editing and dubbing. The movie was finally completed despite these odds, but openings were complicated by refusals from the press to publish reviews and announcements, protests by projectionists who believed the film was anti-union, and threats of violence that required extra police details at theaters. 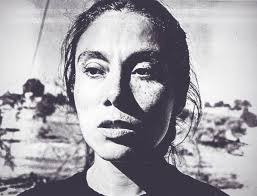 While challenges at home made SALT OF THE EARTH inaccessible to domestic audiences, it was received favorably overseas and won the grand prize at the Prague Film Festival. Still, SALT OF THE EARTH was later included on a list of movies that the U.S. Information Agency prohibited from international exhibition. Just like ON THE WATERFRONT, the film was based on a true story, and was cast with individuals who participated in the strikes first-hand, but the agency deemed SALT OF THE EARTH an inaccurate representation of American life. The movie was eventually re-released in 1965.

Learn more at the AFI Catalog.