In honor of National Hispanic Heritage Month, the AFI Catalog shines a spotlight on Dolores del Río, the first Mexican actress to achieve mainstream success in Hollywood with a career that lasted over 50 years. Born in August 1904 to Mexican aristocrats, María de los Dolores Asúnsolo y López-Negrete was nicknamed Lolita and was drawn to performance early on in her life as an only child. Growing up during the Mexican Revolution, she fled to Mexico City with her mother and attended a French convent for her education. She also took dance lessons and as a teenager she performed at a party where she met her much older future-husband, Jaime Martínez del Río. The couple married after a short courtship, but del Río had her sights on larger ambitions than being a lady of high society. After a chance meeting with American director Edwin Carewe, who was taken with del Río’s beauty, the couple accepted his invitation to move to Hollywood. Carewe publicly claimed to have discovered the young woman and acted as her manager, as well as the director of her first movies. He promoted her as the “female Rudolph Valentino” and encouraged her to take roles that typecast her as a sex symbol. 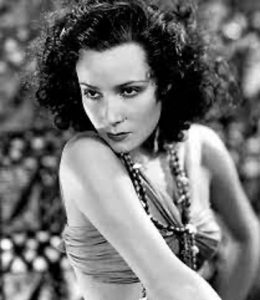 Del Río quickly became a success, making a smooth transition from silent to sound films despite her accent, but her marriage declined with her stardom. Shortly after her divorce, del Río learned that her husband died of a suspected suicide. Carewe continued to control her every move and divorced his wife, anticipating a marriage with del Río. The actress responded by ending her contract with Carewe—prompting the spurned filmmaker to file a lawsuit against her—and married art director Cedric Gibbons after meeting him at the San Simeon castle of William Randolph Hearst. However, del Río suffered from depression as well as a severe kidney infection that resulted in the termination of her contract at United Artists. She continued her career in Hollywood, signing an exclusive deal with RKO, but remained relegated to highly sexualized roles. She moved to Warner Bros. where she starred in several hits, and she transitioned to other companies including Gibbons’ home-studio MGM, but her opportunities waned when her films became less fruitful at the box office. 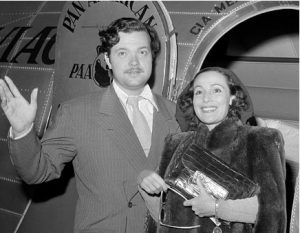 Around that time, del Río met young Orson Welles—who had already fallen in love with her after watching one of her films—and the two began an affair despite their age difference. She ended her marriage with Gibbons to pursue her budding relationship with Welles and was reportedly at his side during the filming of CITIZEN KANE (1941), but Welles became adulterous, and del Río stopped their romance, deciding to return to Mexico after the death of her father. There, she rekindled her career, starring in a series of successful productions and developing relationships with illustrious directors. She became a critical part of establishing the Mexican film industry. Over time, del Río was cast in American films again, but the U.S. government accused her of being a Communist sympathizer, and she was unable to accept work abroad. When the ban lifted, del Río returned to America to perform on stage, as well as in a television series. After a 10-year courtship, she married American millionaire businessman Lewis Riley who remained her husband until her death in 1983. The couple formed their own production company to support del Río’s theatrical career in Mexico. In the 1960s, del Río also took on roles in American film and television. Later in life, she became known for her work promoting the arts and for her philanthropic endeavors. 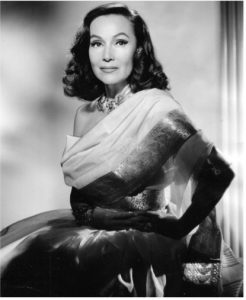 Hailed as one of the most beautiful women in the world, del Río personally defied being typecast and maintained allegiance to her Mexican heritage. She aspired to use her public image as a means to deflect racial stereotypes and represent the sophistication, dignity and grace of her homeland. In Hollywood, she observed that there was a significant lack of compelling roles for Hispanic actors and noted the impact of projecting positive images onscreen as a way to shift cultural prejudices. Dolores del Río paved the road for future Latina stars, and her legacy continues to inspire the next generation.