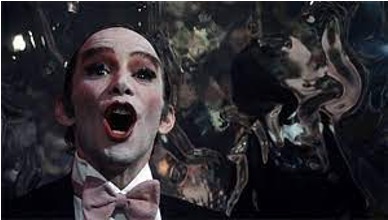 Celebrating its 50th anniversary this February, the musical CABARET (1972) defined a generation, infusing various genres of filmmaking with political satire to become a box-office and critical success. Competing against THE GODFATHER at the Academy Awards®, CABARET swept the Oscars® with eight wins including Best Director for Bob Fosse, Best Actress for Liza Minnelli (in her first singing appearance onscreen) and Best Supporting Actor for Joel Grey, who reprised his role as the Master of Ceremonies from the Broadway musical upon which it was based. CABARET placed 5th on AFI’s list of the 25 Greatest Movie Musicals and was included in AFI’s 100 Years…100 Movies list of the best American films of all time.

The complicated history of CABARET’s various literary sources began with the semi-autobiographical short stories written by British author Christopher Isherwood (1904-1986) during his time living in Berlin in the early 1930s. Chronicling his experiences as an openly gay man, Isherwood composed several works including the novella titled “The Last of Mr. Norris” and short stories such as “Sally Bowles” and “The Landauers” that were collected and printed as “Goodbye to Berlin.” Both books were published together in a compilation called “The Berlin Stories” in 1946, frequently cited as the literary source for CABARET. “The Berlin Stories” also became the basis for the 1951 John Van Druten play, “I Am a Camera,” which was adapted into the 1955 British film of the same name starring Julie Harris and Laurence Harvey. “I Am a Camera” and “The Berlin Stories” were both source material for the smash hit Broadway musical “Cabaret,” adapted for the stage by Joe Masteroff with composer John Kander and lyricist Fred Ebb, which ran from 1966-1969 and won eight Tony Awards®.

While Isherwood was evasive about his inspiration for the character Sally Bowles, modern sources reveal that she was based on the leftist journalist and cabaret singer Jean Ross, who roomed with Isherwood in Berlin and became pregnant from an affair with actor/pianist Peter van Eyck. Isherwood came to Ross’ aid by pretending to be the father, thereby allowing Ross to receive a legal abortion. Liza Minnelli, who auditioned for the role in the Broadway production but was turned down due to a perceived lack of experience, campaigned to play the screen version of Sally Bowles and based her interpretation of the character on actress Louise Brooks, an expatriate flapper who lived in Germany in the early 1930s. 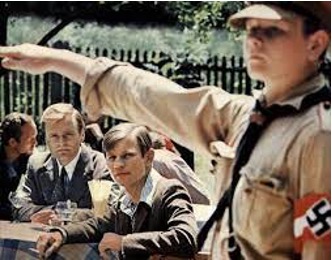 Differing from the stage musical, the screen adaptation of CABARET depicts all of its musical numbers inside the Kit Kat Klub with the exception of one song, “Tomorrow Belongs to Me,” which was performed in a beer garden by a member of the Hitler Youth to represent the growing influence of the Nazi Party. Fosse streamlined the film in this way in an effort to make it more “realistic,” with the songs commenting on the action preceding or following them, and situating the movie audience as spectators at the club. Various critics commented that the picture was not shot like a traditional musical and therefore attracted viewers who would normally dislike the genre. Filming took place almost entirely in West Berlin, in what was then West Germany, adding to the realism of the story. With its profanity, hedonism and references to overt sexuality and abortion, CABARET became the first movie musical to initially be given an X-rating before it was re-rated to PG. Its depiction of bisexuality made it an important achievement in queer cinema and turned Liza Minnelli into an icon for the gay community. In 1995, CABARET was only the tenth live-action musical in history to be selected for preservation by the National Film Registry, and the film was restored by Warner Bros. in 2012, although the original camera negative had been lost and the surviving interpositive was marred by a scratch that continued for 10 minutes though one of its reels. 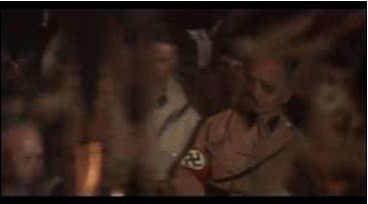 At a time when the U.S. was still in the throes of the Vietnam War, CABARET presented an antithesis to the upbeat optimism of past Hollywood musicals, displaying the adversities of performers on the metaphorical stage of life. The collapse of the artistically fertile and culturally diverse Weimar Republic to Nazism reflected an ominous warning to viewers; the end of the movie shows a mirror image of the Kit Kat Klub audience—the spectators of the film, itself—filled with uniformed Nazis. On the anniversary of CABARET’s release, AFI celebrates this renowned production and honors its message, which remains as relevant today as ever.